The ‘Provisional Third Allotment List’ of eligible applicants against non reported candidates for admission to MBBS Course 2015 Batch under Management Quota is published  herewith. The applicants can view the details of allotment on furnishing his/her ‘ Name , Application Number & Date of Birth’ in the appropriate places shown in the website: www.tmc.ac.in

The applicants included in the ‘Third Allotment List’ can take admission to the Course by reporting at the office of the Principal during working hours till 17.00 hours on 25.09.2015 along with the Original of the documents and other things mentioned below. Late comers and applicants who did not come with required documents mentioned below including  fee and bank-guarantee are liable to forego their claim for admission to the Course in this institution.

List of Documents / Things to be produced at the time of Admission:

Rate of Fee and the Admission will be subject to the final decision of the Hon’ble Admission Supervisory Committee &  Fee Regulatory Committee for Professional colleges of Kerala and the Courts of Law of the country.

Those who experience any difficulty in viewing their allotment details may inform the same and seek help by reporting to email id: 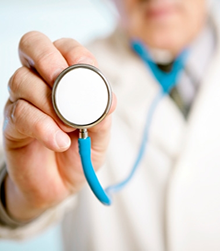